When we mention the word passion, many thoughts, emotions and feelings crowd into our mind. Drawing on this idea, and from the depths of it, the work has been developed through the creation of a space that seeks to produce sensations.

“EL VACÍO” (The Vacuum) is a work that occupies the courtyard in its entirety; it covers all of the internal facades with large swathes of black cloth and the ground with black and grey stones that make a noise as you tread on them. The work seeks to isolate the space from its reality with the aim of creating an experience that will awaken emotions.

The viewer plays the leading role. He/she is who, upon entering, breaks the silence and fills the vacuum with life. It is here where unique sensations, emotions and thoughts are created in the same way they are generated by passion. 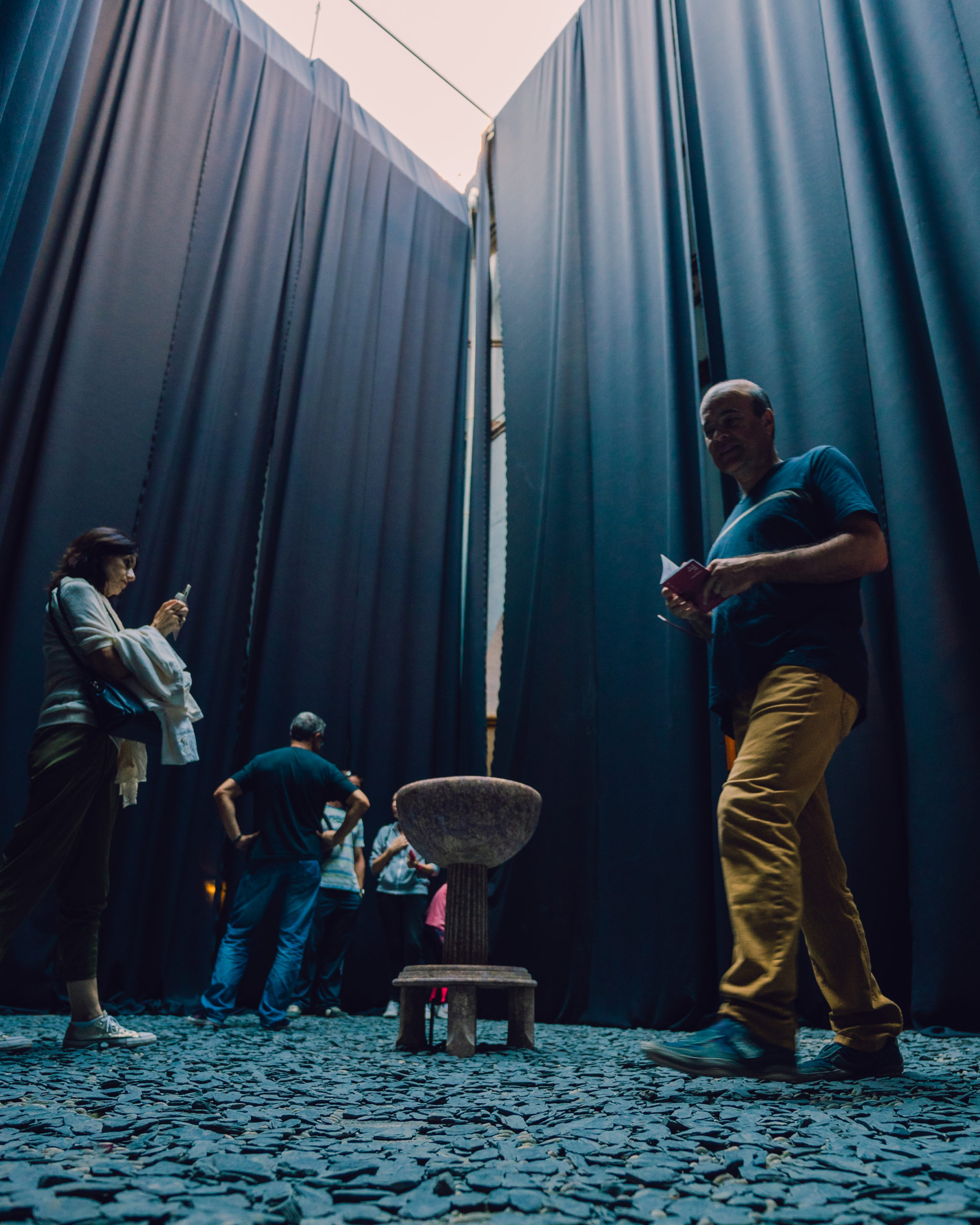 The studio François Arnawout Architecture was created in Paris in 2015 and expanded to Barcelona in 2016 by François Arnawout, an architect graduated from the École Spéciale d’Architecture in Paris. He has collaborated as project director in internationally well-known architectural offices like Kengo Kuma in Japan and in studios like Odile Decq, Jean Paul Viquier and Jakob&MacFarlane in France.

They define their work as a space for creation and experimentation in architecture and its transversalities, where each project is considered as a pretext for calling things into question again, redefining the program in an urban, social and human context. The studio is made up of a multidisciplinary team composed of architects, engineers and designers. The studio creates projects of different types and devotes part of their time to participating in competitions in the design of ephemeral works, window displays and furniture, among other things.

Besides that, the team is to be congratulated as they have just been selected to create a work for La Forêt Monumentale, an international artistic and creative event in the heart of the Rouen wood in France.

PREVIOUS NEXT
Go to Top